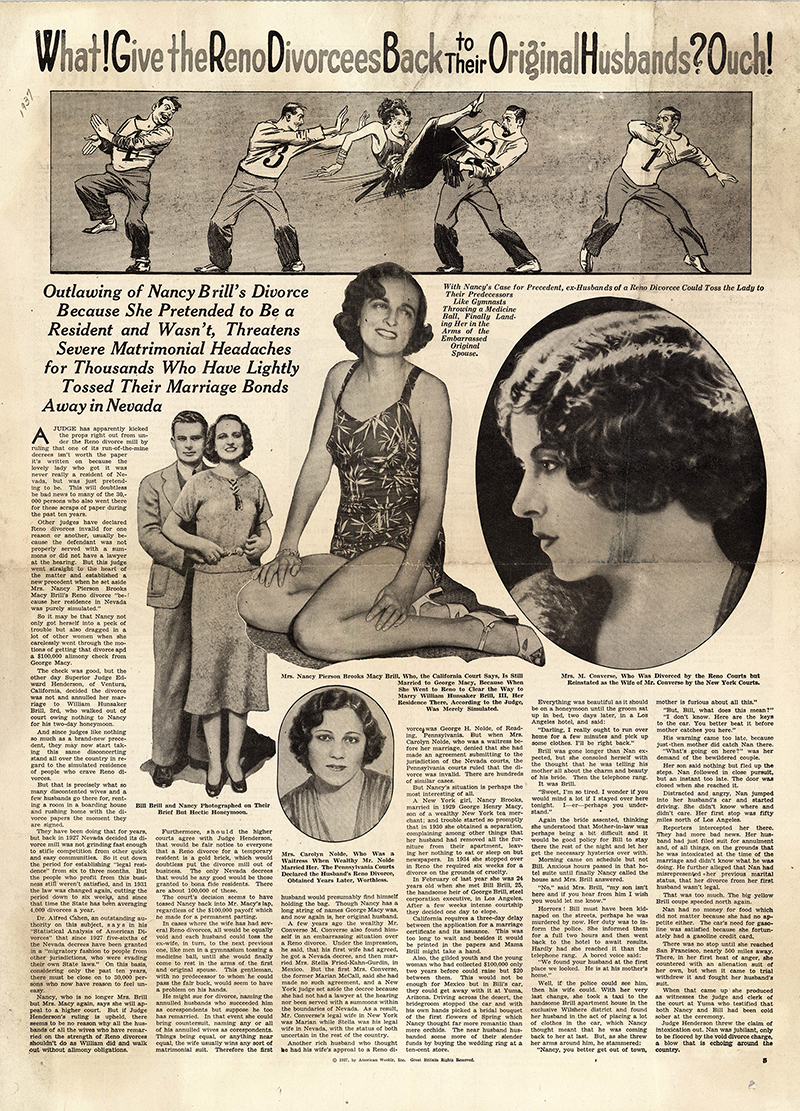 An article in American Weekly discussing the repercussions of a Reno judge's action to dismiss Mrs. Nancy Pierson Brooks Macy Brill's divorce due to 'simulated' residency. The decision led California Judge Edward Henderson to annul Nancy's marriage to William Hunsaker Brill, allowing Mr. Brill to leave without an alimony suit and ultimately recognizing Nancy's relationship with Mr. Macy - rendering her Mrs. Macy once again. What follows is a discussion of the consequences should judges move to void Reno divorces nationwide, leaving those who have remarried - especially if both parties had previously been divorced - in a quandary as to who belongs with whom.