The Nevada courts took the residency requirement very seriously. A plaintiff was required to swear in court that he or she intended to make Nevada his or her permanent home. To ensure that one’s residency in the state had been continuous and uninterrupted, divorce-seekers were required to come to court with a resident witness who would testify under oath that the plaintiff had been in Reno every day of the residency period.

In accordance with Nevada’s divorce law, and for the sake of convenience, it was usually the boardinghouse, dude ranch, or hotel owner or manager who would serve as the resident witness when a tenant went to court, stating under oath: “Yes, sir, I saw Mrs. Jones at my breakfast table every day for six weeks.” However, anyone with whom a divorce-seeker had daily contact could testify.

Resident witnesses who later were found to have lied on the stand were charged with perjury, a not infrequent occurrence. A conviction for perjury could carry a sentence of ten or more years in the state penitentiary. For this reason, providers of divorce housing generally kept meticulous records of their tenants and set strict guidelines regarding their daily travel.

Joan Drackert was one of the divorce trade’s busiest and most beloved resident witnesses. Over the course of three decades, she and her husband, Harry, operated three popular Nevada guest ranches: the Pyramid Lake Guest Ranch; the Donner Trail Guest Ranch, in Verdi; and the Silver Circle Guest Ranch, near Reno.

While Harry handled the ranching aspects of the business, Joan served as hostess and manager, ensuring the comfort and relaxation of their guests, most of whom were establishing residency for a divorce. At the end of the required six weeks, it was usually Joan who drove guests to the Washoe County Courthouse to testify to their continuous presence at the ranch.

Joan was uniquely qualified to offer support during this often tumultuous time, having moved to Reno for her own divorce in 1946. Her compassion and warmth translated into longstanding friendships with many of her guests, who often wrote letters thanking her for making their experience so much more pleasant than anticipated. 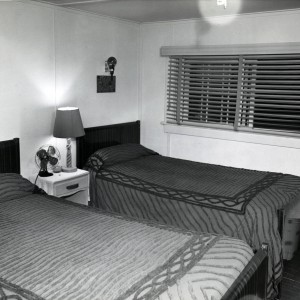 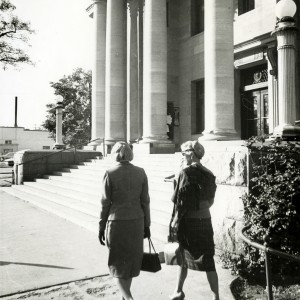 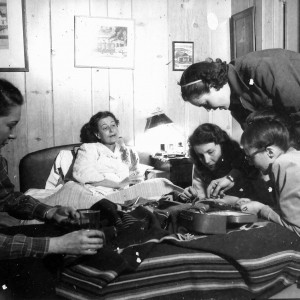 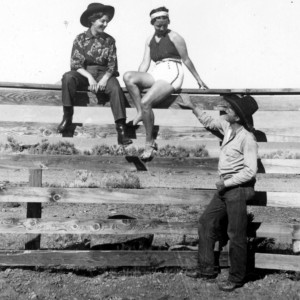 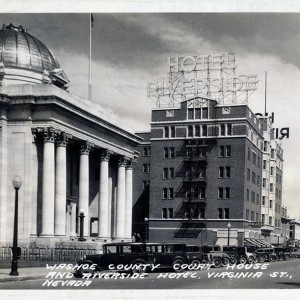